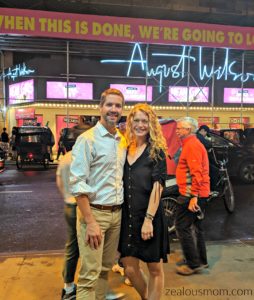 My boyfriend, Matthew, and I have five kids between us, so we’re very busy people and love being parents. Our custody schedules are pretty well synchronized, which gives us several days in a row to be together sans kids.

Since becoming a single mom, I’ve had people say, “Must be nice to have all that time to enjoy being an adult when the boys are with their dad.” It’s a weird comment and always throws me for a loop. Perhaps I thought something similar back when I was inside a family unit and never felt like I got a break from being a mom.

The thing is, nothing compares to being with your children all of the time and being part of their lives day in and day out. After divorce, everything feels different. Over time, the “different” starts to feel normal, but there’s still a void when a good parent has to be away from their children.

Thankfully, Matthew and I both recognize this which brings us closer as a couple. While we love our adult time together, the kids are still foremost in our minds.

Speaking of adulting, we just returned from a trip to New York City. Matthew had a conference right in the middle of Times Square. The kids were with their other parent during this time, so when he asked me to go, I could not refuse. It’s New York City, for goodness’ sake, a city very near and dear to my heart. 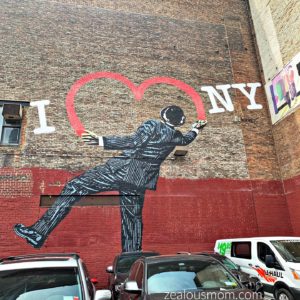 I’m planning to take the boys to the Big Apple soon-ish so because of that, Matthew and I didn’t do any traditional touristy stuff. Honestly, we had no agenda whatsoever and basically decided to wing the entire trip. We always have fun if we’re together so even if we just walked around, took in the sights and ate giant slices of pizzas the entire time, all would be well.

After spending almost four days in New York City with another adult, I have some thoughts to share.

Thoughts on adulting in NYC

Rated R comedy: I didn’t think I was a fan of live comedy until we stumbled upon a hawker trying to sell cheap tickets to a comedy club in Times Square. His name was Tony and for some reason, we bought his spiel. He seemed authentic and we were right. I think we saw five or six comedians and they were really funny. Some of the language and content was certainly not kid-friendly and some comedians were better than others, but overall, it was a super fun and memorable. We were especially fond of Ken Boyd and look forward to catching him again, either on TV or in person. 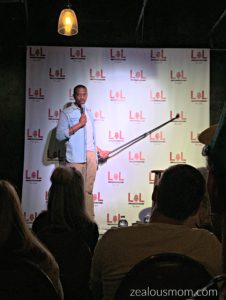 Romanic picnics: When my boys were little and we attempted a picnic, it consisted of me chasing after them or trying to stuff bits of food in their mouths as they ran by. We had a time limit of about an hour. Now that the kids are older, we like to read and play soccer or throw a Frisbee. But let’s all admit, a relaxing picnic with your special person is the real deal and a needed commodity in a strong relationship. On our second day in NYC, we grabbed some deli sandwiches and enjoyed a day in Washington Square Park. We spent very little money and enjoyed ourselves immensely. 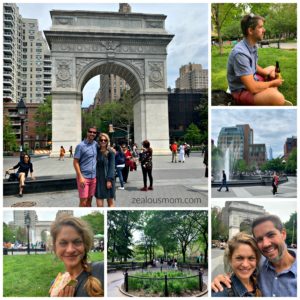 Late nights: They don’t call it the “city that never sleeps” for nothing. When my boys travel with me, we stick to a decent bedtime. Otherwise, everyone suffers. They can go one night staying up really late but other than that, they need to get their normal amount of sleep. When Matthew and I were in New York, we stayed up well after midnight almost every night. There really is some sort of dust or something in Times Square that makes it strangely easy to stay up way past a normal bedtime. 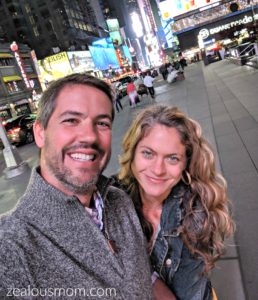 Exhaustive walking: When you’re only with adults, you can walk until your feet are burning. With sweet little kiddos, you can only walk so much before their feet tire out. When we go back to NYC with the kids, we’ll have to consider the walking distances more carefully. We saved a lot of money and saw a signifiant amount of scenery by walking everywhere as opposed to riding the Subway or taking taxis/Ubers. 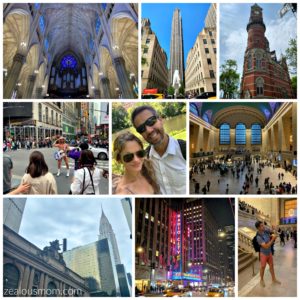 Running the Hudson: We both love to run and on top of that, I took on a challenge to run every day in May. One morning we went running along the Hudson River which was lovely. But to get to the Hudson, we had to run through city streets, dodging cars, dogs, taxis and delivery trucks. While 4 out of the 5 children enjoy long distance running, NYC is not the safest place to run. But as adults, we thoroughly enjoyed running to the Hudson and seeing the Freedom Tower in the distance as well as the spot where pilot Sully Sullenberger made an emergency landing in January 2009. 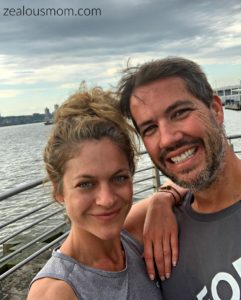 Time in Brooklyn: One of my very best friends lives in Brooklyn. I don’t get to see her nearly enough. Matthew and I took an afternoon and rode the Subway over to see her and her sweet family. Whether I traveled to NYC with the kids or adults, I would figure out a way to see my friend but because we weren’t trying to achieve an agenda of tourist attractions, we were able to truly relax, take in the Brooklyn waterfont and enjoy some wine and apps with my girl. 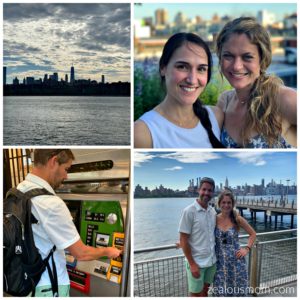 Talking to strangers: We had a lot of conversations with strangers. I know New Yorkers can have a stereotype of being brash, but I’ve never experienced that. I always find New Yorkers to be  nice and helpful. Nevertheless, I probably wouldn’t suggest to my children that they freely talk to strangers, no matter where they are. The only NYC stranger that annoyed me was this Statue of Liberty. A number of characters were walking around Times Square and basically demanded you take a photo with them but then they also demanded a tip. Before we caught on to their ploy, Pikachu had already grabbed my phone and was snapping a photo of Mr. Liberty and me. They weren’t too happy when they found out we didn’t have any dollar bills for a tip but still, it’s a fun photo. 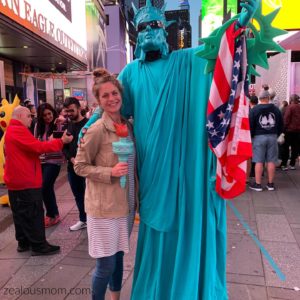 Nurturing the couple: Whether married or dating, it’s very important to nurture the couple and to do that, fun adulting must take place. It’s hard to leave everyday life and make that happen, but when we do, it feels amazing and refreshing.

Going through a divorce, especially when kids are involved, brings about a lot of guilt and worry. I could let it consume me if I wanted to, but I’ve never been one to dwell on the negative. I’m very grateful to have found love after loss and to have found someone who makes me smile and laugh, who is my biggest supporter in all I do and loves me for exactly who I am.

Matthew and I are both very adventurous. When we aren’t at home wearing our parenting hats or when we’re not traveling with our kiddos, you better believe will be exploring this big, beautiful world together. 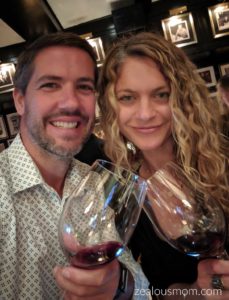