I turn 40 this Wednesday. I’ve been having a hard time with it. It’s such a pivotal birthday and seems much older than a number in the 30s. Part of why I feel this way has to do with losing my mom. Experiencing death up close brings mortality into light and also makes life seem so fragile.

With all of that being said, I woke up today feeling grateful. Yesterday, my Jesus Calling devotional said, “Those who live close to Me develop an inner aliveness that makes them seem youthful in spite of their years.”

And it’s true. I’ve lost a lot at my relatively young age, but I’m very thankful for my faith, family, friends and work. I also feel so lucky to have found love at this stage in my life. My boyfriend, Matthew, and I are not naive about all we’ve gone through and all we learned in the years leading up to us meeting one another. We know it’s those formative years and experiences that created the two people we are, the two personalities that work so well together.

I’m not the best at being center of attention so I shy away from big birthday festivities. Matthew asked me months ago what I wanted to do for my 40th birthday and I said, “I don’t know, nothing really.”

That wasn’t going to work for him so he planned surprise getaway for the two of us. I had no idea where we were going until two days before we left when I made him tell me so I would know what to pack. I also felt like we may be going to see a show and before I see a favorite band, I need to binge listen to the artist’s music. Anyway, he finally told me we were going to Nashville, TN to enjoy the city and see one of our favorite bands, Jason Isbell and the 400 Unit. 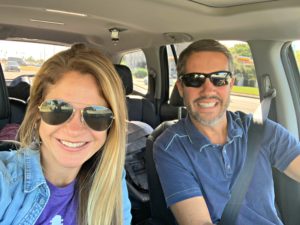 If you’ve ever been to Nashville, you know how wild and crazy Broadway is. Once we settled into the hotel, we hit the town. Even though it was only 7:00 p.m., the town was packed and abuzz with people going in and out of bars and restaurants listening to fledgling musicians. Not only that, but you could feel the spirits of all the famous musicians who’d come before them like Willie, Johnny and Dolly. 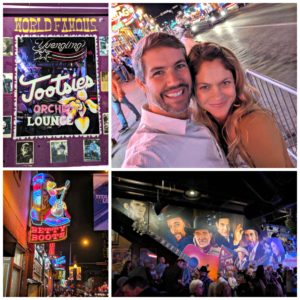 On Saturday, we rented bikes through the BCycle bike share system, which is such a cool concept for urban exploration. We rode our bikes for two hours around a couple of Nashville greenways. 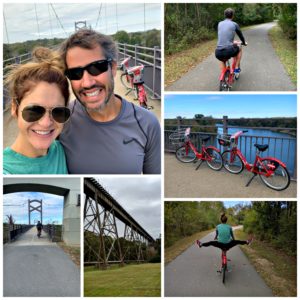 Later on Saturday we frolicked around East Nashville, which is a cool part of the city. We’d heard about a classic dive joint called Dino’s. It’s been around since the 1970s and let me tell you, that burger was delicious. For someone who tries to eat healthy most of the time, it was worth splurging on this burger. We also hit up Smith & Lentz Brewery. As micro-brew lovers, it’s nearly impossible for us to leave a city or town without seeking out a new beer. 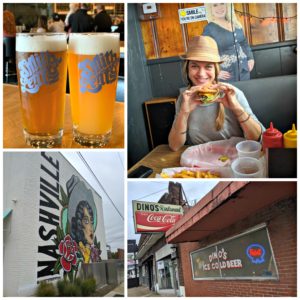 Saturday night’s plans were very special to me. My parents were big fans of classic country artists such as Loretta Lynn, Dolly Parton, Johnny Cash, George Jones and others. As a young couple, they saw a number of acts at the classic Ryman Auditorium. They were even there the night Porter Wagoner introduced Dolly as a new artist. I’ve always wanted to see a show there, so when Matthew told me the Ryman was the venue for Jason Isbell’s show, I was both excited and emotional. It was as awesome as everyone says. 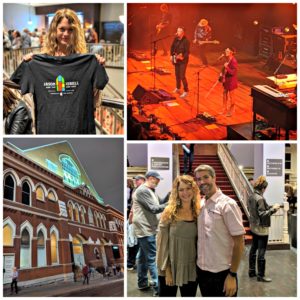 I look forward to celebrating  my birthday later this week with my boys, my girlfriends and my entire family as they travel in from D.C. Until those celebrations begin, I’m very grateful for this man in my life who makes me smile and laugh and who knows me well enough to plan the most perfect weekend getaway. Here’s to 40! May it be the best year yet. 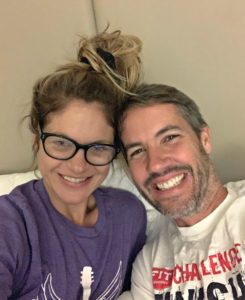